If there is something new, it will be posted here.
Post Reply
55 posts

we have made another progress in our way to steam. As part of pre-steam release we are offering interested players access to our otherwise closed beta builds.

I or another team member will then send you the key and instructions how to join beta-branch. You can activate that key like you would from any other game in steam.

General:
- Improved faction flags in the game lobby (including reward menu flags)
- Fixed missing part of texture on some Axis infantry units
- for 37mm, 50mm and 57mm guns delay before first shot reduced to half
- Revised performance of various AA units vs planes
- Your medics now need to collect 18 wounded soldiers from the field in order for you to get a free squad
- Medic teams buildable in Triage centers/Medic bunkers + AB dropable medic team now heal soldiers around automatically once they don't move (no longer needed to activate the ability manually)

CW:
- Tweaked efficiency of HE shot on Achilles, Firefly, 17 pounder

PE:
- Henschels should no longer attack structures and AT guns on their flight path
- Ambush ability on Jagdpanther no longer dissapears when it is not possible to activate it
- Tweaked efficiency of MarderIII HE shot
- Infantry can no longer upgrade neutral buildings to "Reinforcement points"
- Upgrading "Defensive operations" will now allow FHQs to heal nearby soldiers
- Corrected penetration chance of Beute Sherman 76(W) vs Super Pershing

MarKr gave me access recently, haven't yet got the chance to REALLY test stuff with any of the few others who have got it currently.. but I have noticed few bugs for now! Though I would say the change-log should be probably posted here first before discussing any related glitches or so?

Panzerfather always spams me "gogo play to play bk again ... stop playing trash games"
I always tell him i play when its released on steam
so pls giff me key ... so i can play again
Top

I'm eager to give it a try... so, just send it to me; I'll report any bugs or glitches to help you polish it.

We're getting one step closer to Steam release.

Praise be to the Lord, my Rock, who trains my hands for war, my fingers for battle.
Top

thx for your Hard work

and Thx for this!!!
https://m.youtube.com/watch?v=0currf6sEkU
Top

So far though, the keys are obviously limited...
Therefore I think the devs this way should probably prepare some spare keys or something, if that's even possible.. hehe :P

Everyone apparently wants a piece of the cake! Even before it's fully cooked yet :D
https://www.youtube.com/user/ora096

For all of you testing the beta build - the changes and mod in general is made to be played under certain settings and other settings might cause ballance issues. The seetings were mentioned 1000times but just to be safe, I will say it once more:
- 2v2 or 3v3
- High resources
- big maps (prefferably the +1 system)
If someone reports that he played 5 games on Angloville map, all with the same doc and got his ass kicked every time and thus the doc is "weak and needs buff" - such report is useless because the game was not played on the needed settings. If you don't like the recommended settings, try to "suffer
through" a few games like that anyway - just for the testing purposes. If you're not willing to do that, you should probably not ask for the beta access.

Anyway - we can only give out limited number of beta keys, those that were issued to me to give out have already been given, as far as I know Wolf has some more so he will address you when he gets to it, but won't be able to give beta access to everyone so it is sort of "first come, first served".

I wish I could "like" your post like in other social media, Markr. Instead, I'll just have to admit I'm sittin on a boner reading the required testing settings.
Top

I'd like a key, if there's still keys left.
Top

Hey can I have a key please? Thanks!
Dankman is a good guy
Top

Kwok is an allied fanboy! 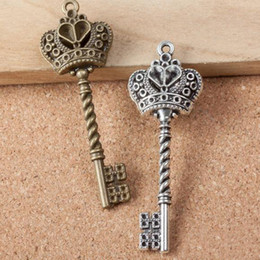 Since we speak about keys, I then decided to share those!

i would like a key if you still have them

can I get 2 keys, for me and a friend? We are playing together.

Just as Liferacer up there, I'd like two keys for me and and my friend cuz we play together.
Top

Quick question...if people are on the beta, can they connect to non-beta games? Are most of the BK Community playing the beta these days?
Top

Quick question...if people are on the beta, can they connect to non-beta games?

How can you imagine one guy playing with bugfixes, while his partner not? Definetely not
Top

Please may I have a key?
Top