On Mission 7 'Cherbourg' of the campaign, if you move any units near to the bridge, you get a Fatal Scar Error, but if you move them away from the bridge, it goes back to normal. Also, when you move infantry near the bunker and the message that says 'Use demolitions or satchel charges to blow open the doors' comes up, you will get a Fatal Scar Error as well, and you cant destroy the magazine with anything. If you use a tank to destroy the doors, then the magazine, the objective will be completed, and the cut-scene will play, once that has ended, you will get a Fatal Scar Error again with a border without the ability to do anything. Screenshots of all these are attached, and also screenshots with the console open if that helps any.

Good work on the mod though, and great job finally getting it released on Steam. 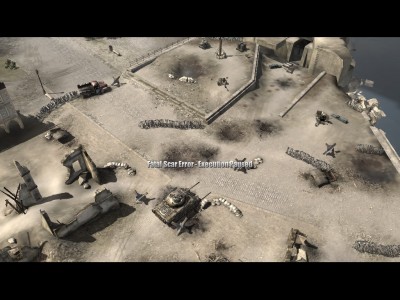 Sorry, likely will not be fixed any time soon. The current team does not focus on SP gameplay, only PvP.
Top
Post Reply
4 posts • Page 1 of 1