Here you can talk about other mods for COH.
Post Reply
158 posts

Panzerblitz1 wrote:Well it means you guys have serious problems with your installations, im not encounter such thing with the addon.

Seems it's the historical addon doing it. We tried to play regular BK with it and it froze still. Uninstalled and played straight from steam and everything works again. Didn't try Afrika without historical if that is even possible.

Thousand of players including myself don’t have problems, and no report so far has been made regarding that.

Steam is on C:, coh, bk and addon are on D: in a secondary steamapps folder, BK mod works alone and addon seems to work better in 1v1 against an AI.
Top

Well if you don’t have all your apps and games in the same location and have a limited machine, you are having the troubles you experience, put ALL in the same hardrive and you will see your problems will be solved.

Panzerblitz1 wrote:Well if you don’t have all your apps and games in the same location and have a limited machine, you are having the troubles you experience, put ALL in the same hardrive and you will see your problems will be solved.

I don't get how Steam being on an SSD is an issue. All the game parts are on a 7200rpm HDD. I'm using an i7-3770k which albeit old shouldn't struggle with an ADDON when the base mod works, also GTX 980.
Top

I don’t get it either! Its just a fact, try what i just told u guys and your problems will be fixed.
The addon is directly connected to bk mod, put all in the same location.

Make sure in your company of heroes relaunch folder you have bk mod and afrika 43 (the histo addon) folders.

Ok, there is a way to turn-on supression aura for soldiers?
Top

Hi. Anyone else having problems with AI games in BK Afrika mod ? The Axis AI can only build engineers. Something seems to have changed in the BK scripts since Afrika was last updated that broke something. I can only play as the Axis with Allied AI opposition as the, what seems to be a bug, does not effect them. If I play as Allies then AI Axis only sends engineers all over the map. They fail to build any base buildings.

AI Axis engineer not building first base building but off taking point ... 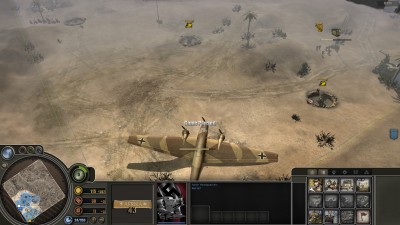 Late battle (Allies have reached Axis base). Lone engineer at his base. no other base buildings apart from the default one. 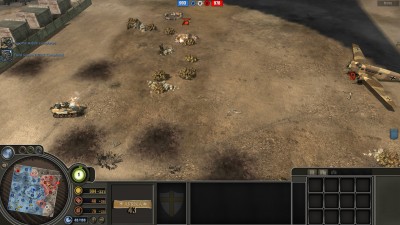 A full reinstall of everything as well as wiping as many left over files as possible fixed the problem. Now Axis do, eventually, start building base structures.

However there is a problems still remaining. I could swear the Axis used to very quickly built base structures and overwhelmed me with tanks. Maybe my game has improved and I'm just capturing sectors quicker ? Anyway, observing the Axis fellow AI shows they take AGES to build base structures. Far too long capturing sectors with engineers before they build. Sometimes they just about come back in time to become the lethal Axis we know so well. Other times they are so far behind that the Allies are quickly at their base and the game is over. So I don't know if something changed somewhere in BK/Afrika to cause this. The Americans do immediately build the barracks. Why don't the Axis ?

Temporary solution: Play with high resources and expert level. I suspect the weighting is wrong at normal resources and the Axis engineers decide to go and capture CP's. At high resources they start building base structures like there's no tommorow.
Top

Hi justforfun1. Thanks so much for the update !

However I am still getting this problem with the German AI. As you can see they don't build base structures properly ...

This was some time into the game. The engineers that are supposed to be building are spread across the map trying to capture points.

I confirmed the problem by ...

1. Completely uninstalling Afrika and BK, including manually checking for any left over files.

3. Started Sollum Barracks with high resources and 1000 Victory Point mode. 1 AI team mate and 2 AI enemy. This way you can quickly see what the German AI is up to as a scout vehicle usually gets to the base quite quickly (another way is starting as the Germans and watching your AI team mate).

So I hope you can fix this problem. Thanks for BK Afrika !
Top
Post Reply
158 posts

Return to “Other mods”